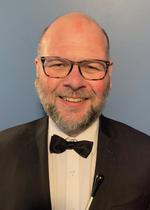 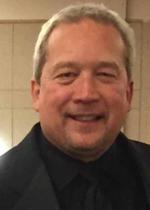 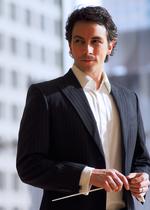 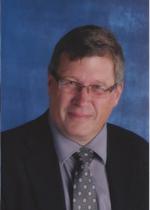 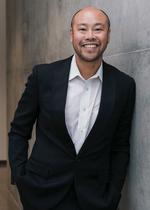 Mark Friesen is in his 28th year as director of bands at West Central High School in Rocky Mountain House, AB. He has been involved with a number of different boards advancing music education and is a past-president of the Alberta Band Association and of the Canadian Band Association. Mark is especially proud of his time as president of the CBA during which the association began publishing the first Canadian peer reviewed band journal “Canadian Winds” to fill the void left by the passing of Keith Mann who had published the “Canadian Band Journal” for many years.

Bands under Mark’s direction have received several awards at the provincial, national and international level, including the CBC Sports “Hockey Night in Canada Theme Song Contest” in which the band was featured on national television.

Mark has performed on CBC Radio and television and has been recognized with several awards including the Alberta Band Association’s Elkhorn Award (Director of the Year), an Alberta Excellence in Teaching Finalist Award, the Phi Beta Mu David Peterkin Award, the Alberta Foundation for the Arts Tommy Banks Award, the Alberta Music Education Foundation Recognition Award of Excellence and has received nominations for the Pan Canadian Student Choice Awards. He has also twice received the Rocky Mountain House Mayor’s Award for his contribution to the arts as well as the Wild Rose School Division Award of Merit.

Mark will be adjudicating the Grade 1 Beginner Band Festival.

Mr. Joel L. Denton served as Director of Bands at Ooltewah High School for thirty-seven years. Mr. Denton is a graduate of the University of Tennessee and has completed graduate studies at UT-Chattanooga. Mr. Denton was most recently recognized as a CMA Music Teacher of Excellence in 2018.

Under his direction, the Ooltewah Band achieved a national reputation for musical excellence including performances in the Macy’s Thanksgiving Day Parade in 2013 and 2007, as the only band in the 2011 Disney Christmas Parade on ABC, and in the 2017 Tournament of Roses Parade. The Ooltewah Band was a consistent finalist at Bands of America Regional Championships being awarded multiple class championships and placements and was a national semi-finalist on multiple occasions with several class placements. The Ooltewah concert bands most recently performed at the Music for All Regional Concert Festival in 2016, the TMEA (TN) State Music Conference in 2014 and 2010, the Smoky Mountain Music Festival in 2011(Grand Concert Division Champions), and multiple other states, regional and national events through the years. At the 2015 Midwest Clinic, Mr. Denton was awarded the John Phillip Sousa Foundation Legion of Honor for his contributions to the band. He has served as Chairman of Fine Arts at Ooltewah since 1982 and has been selected five times as the Ooltewah Teacher of the Year. The Tennessee Governor’s School for the Arts has thrice honored him. His professional affiliations include NAfME, Tennessee Music Education Association, East Tennessee School Band and Orchestra Association, Phi Beta Mu, National Band Association, American School Band Director Association, and Tennessee Bandmasters Association. Mr. Denton currently serves as the Tennessee State Chair for the National Band Association and as a Past President of the Tennessee Bandmasters Association. He has served as the State Legislative Delegate and Advocacy Chair for TMEA and served as a member of the Tennessee Department of Education’s Fine Arts Student Growth Committee. He is active as an adjudicator, clinician, and consultant working with Music for All/Bands of America, Drum Corps International, several universities and state organizations, as well as, many high school bands across the nation. Mr. Denton most recently presented a clinic session at the 2017 Midwest Clinic on “Why We Do What We Do”. Mr. Denton also works with band programs and other organizations on developing leadership and teambuilding skills. To further impact music programs with this training, Music for All invited Mr. Denton to coordinate and help create a Peer Teaching Division for the National Summer Symposium in the summer of 2017. Mr. Denton and Kerry, his wife of thirty-four years, reside in Chattanooga and have two adult children, Alex and Caroline.

Award-winning Canadian conductor Adam Johnson has been praised as “an exciting talent” and for his “charismatic, commanding presence” on the podium. In 2016 he became Assistant Conductor of the Montréal Symphony Orchestra, and was appointed Resident Conductor for the last year of his tenure in the 2018-2019 season. He collaborated closely with Music Director Kent Nagano on recordings for Decca and Analekta, and contributed to performances in Carnegie Hall, the Salzburg Festival, and a major European tour. He has conducted more than 65 concerts with the OSM and worked with renowned soloists such a Jean-Philipe Collard, Jean-Yves Thibaudet, and Charles Richard-Hamelin, among others.

Prior to his tenure in Montréal, Johnson served for three seasons with the Calgary Philharmonic Orchestra, initially as Resident Conductor (2013-2015), and subsequently as Associate Conductor (2015-2016); he maintains a frequent presence on the podium as guest conductor. He also regularly guest-conducts the Edmonton Symphony Orchestra, having been invited to conduct three different programs in the 2017/18 season alone, and has appeared as guest conductor with the Québec, Trois-Rivières, Saskatoon, Guelph, and Thunder Bay symphony orchestras, as well as Symphony Nova Scotia. In the spring of 2020 he returns to Symphony Nova Scotia, making his opera debut with Beethoven’s Fidelio. Internationally he has conducted the Barcelona Symphony Orchestra and members of the Philharmonisches Staatsorchestre Hamburg.

In 2015, Adam Johnson received the prestigious Jean-Marie-Beaudet Award for Orchestral Conducting from the Canada Council for the Arts, and recently won an OPUS award for best youth concert of 2018. He holds a Doctorate in Piano Performance from the Université de Montréal and a Prize in Orchestral Conducting from the Conservatoire de musique de Montréal. He also pursued additional training in conducting at the National Arts Centre in Ottawa and Pierre Monteux School in Maine, USA.

As a piano soloist and chamber musician, Adam Johnson has performed extensively throughout Canada, as well as in France and Japan. In high demand as a pedagogue before concentrating his activities in performing, he served on the faculties of the McGill Conservatory and the Université du Québec à Montréal. He has also taught harmony, analysis, and chamber music, and translated a major treatise on harmonic analysis from French to English.

Bill Kristjanson is currently a sessional instructor at the University of Manitoba, teaching music education courses. For many years he taught at Vincent Massey Collegiate, Glenlawn Collegiate and Minnetonka schools and served as Divisional Music Consultant.

Bill is the recipient of numerous awards recognizing teaching excellence and service to music education including, the “Manitoba Band Association Award of Distinction”, “Manitoba Jazz Educator of the Year Award”, a “CMEA Builders Award” the “D.W. Penner Award for Exceptional Service in Education” and the Canadian Band Association “National Band Award”

Bill’s teaching philosophy revolves around, “Finding something good, and helping it grow.”

Dr. Erik Leung is director of bands at Oregon State University, joining the faculty in Fall 2019. He guides all aspects of the band program, conducts the OSU Wind Ensemble and teaches instrumental conducting. Leung holds a Doctor of Musical Arts in wind conducting from Northwestern University in Evanston, Illinois. He is a native of Calgary, Alberta, Canada and holds a Master of Music from the University of Toronto and both a Bachelor of Music and Bachelor of Education from the University of Calgary. His primary teachers include Mallory Thompson, Gillian Mackay, Glenn Price, Mark Hopkins, and Jeremy Brown and he has completed additional studies in conducting with Mark Scatterday, Allan McMurray, H. Robert Reynolds, Craig Kirchhoff, and Michael Haithcock.

Prior to his appointment at OSU, Leung was assistant professor of music at Fresno Pacific University in Fresno, California where he also served as director of bands and program director for the music department. He taught undergraduate and graduate conducting and directed the chamber winds, symphonic band and brass ensemble. Under his direction the FPU symphonic band was featured in performance at the Western International Band Clinic, the Percy Grainger Wind Festival, the first-ever small band program showcase at the College Band Directors National Association, and the Western/Northwestern Division Conference of the College Band Directors National Association.

He has written articles for Canadian Winds and recently created the critical edition of Jan Meyerowitz’s "Three Comments on War" for concert band, published through E.B. Marks Music Company. He has presented at a variety of conferences throughout North America and Europe including the Midwest Band and Orchestra Clinic, the national College Band Directors National Association convention, and the World Association of Symphonic Bands and Ensembles in Utrecht, Netherlands.

Leung has been nominated for the Edwin Parr Teaching Award, was a semi-finalist for the Alberta Excellence in Teaching Award and received the Merit Award for teaching excellence at Fresno Pacific University. He holds memberships in the College Band Directors National Association, World Association of Symphonic Bands and Ensembles, the California Music Educators Association, and the Canadian Band Association.