"Where young Albertans learn to play, and play to learn."

Benafactor and friend to AIBF 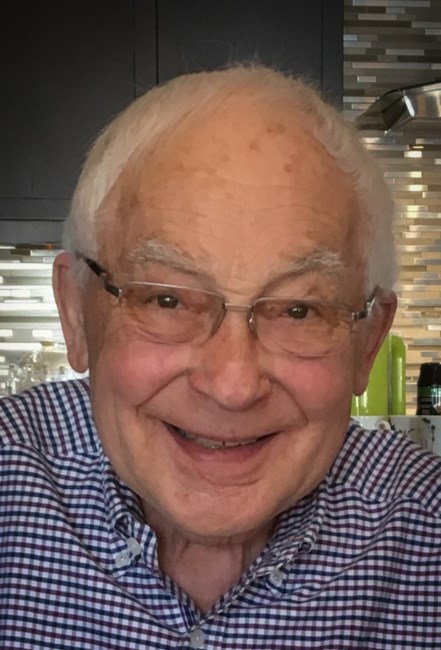 It is with great sadness that we share the news of the sudden loss of our beloved George Kurt Nikel on June 26, 2022 at the age of 85. He leaves behind his treasured wife Helen of over 60 years; three sons Curtis (Gwen), Kent (Marian), and Paul (Kiyomi); six grandchildren Morgan (Brendan) Fonteyne, Taylor (Bryn), Risa, Kirsten, Connor, and William; and one great-grandson Evan.

George was born in Poland in 1937 and lost his father Alfred when he was only five years old. In the final months of World War II George fled with his mother Erna and older brother John, and after travelling for five weeks—by foot, truck, and train—the family found safety in Austria, settling first in Reith by Unken and then in Lofer. George spent much time adventuring in the mountains with schoolmates, and it was also here that he became interested in electronics after receiving as a Christmas gift radio equipment that his mother and brother had harvested from an abandoned military truck. The family later moved to Salzburg where George completed his schooling, and in 1954, when George was 17, he and his mother decided to join his brother John, who had emigrated to Canada. George called Flin Flon, Manitoba, home for nine years, starting his first business with his brother in the photograph and music industry, and continuing his love of wilderness adventuring. It was also here that George met the love of his life, Helen, whom he married in 1962.

In 1963 George and Helen moved to Edmonton where George founded not only a beautiful family—he and Helen had three sons—but also, alongside his brother, a music store that would build community and touch the lives of countless others. George worked hard to provide satisfaction to the customers who graced his store’s showroom, but the thing he was most proud of was providing countless musical instruments to students in schools across Alberta and supporting their music programs.

George was happiest when he was surrounded by his family, both at home and at work. He and his brother shared a cabin at Lac St. Anne, and George loved to swim and boat in the waters there. He was also an avid skier and spent much time in the Rockies, teaching his three boys to ski and passing along his love of the mountains. He and Helen travelled widely, including a trip back to Poland to see the farm his family had to abandon so many years earlier. After George’s retirement from the music industry in the early 2000s, he continued to serve his community through the North East Edmonton Rotary Club and the South Edmonton Probus Club until his passing. George will be missed by all—although perhaps less so by the Apple Support hotline with whom he built an almost daily relationship—and we know he is now finding a peaceful rest, surrounded by the love of his family and friends.

THANK YOU for participating in AIBF 2022

Thank you for your ongoing support of AIBF and your participation in a virtual festival this year. I know that you and your students will appreciate the uplifting and positive approach that adjudicators used this year and that everyone has received some great ideas to inspire your students to even greater heights in the remainder of this school year.

We are planning on a return to an in-person festival next year and know that many of you are already making plans to attend.

Have a fantastic remainder to the 2021-22 school year and a rejuvenating summer...you all deserve it!

This past year we were pleased to be able to offer the John K Nikel Scholarship to two students – one in the North and one in the South. We had many outstanding applicants from both North and South and are pleased to announce these recipients.

Congratulations to both of these future band directors!

We wish them well in the pursuit of their post-secondary music education and look forward to seeing them conducting their own bands in future AIBF festivals.

We will again be offering these scholarships for 2022 - details will be posted towards the end of December.

What is AIBF in a "normal year"?

The Alberta International Band Festivals (both Edmonton North and Calgary South) are run by a volunteers. It is a non-profit organization dedicated to providing a performance platform for outstanding junior high/middle school, high school, and community bands. The Festivals are held each year in Calgary and Edmonton. Organizers are committed to providing participants with a valuable and stimulating educational experience in a non-competitive atmosphere.

All bands are adjudicated against a standard performance rubric established by the Festival Committee. bands receive "Superior", "Excellent" or "Satisfactory" ratings from each of two adjudicators. One adjudicator gives a written evaluation, while the other provides recorded comments of the performance. The Festival also makes an archival recording for each band with no adjudicator's comments.

The Festivals are funded by grants, corporate sponsorship, donations, entry fees and ticket sales. We invite organizations, foundations and individuals interested in supporting the Festivals to contact our Sponsorship Director, Cathy MacRae at [email protected].