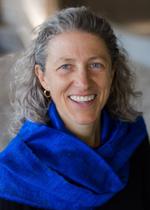 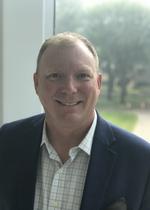 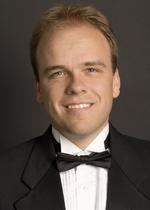 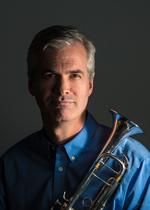 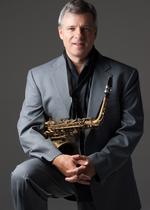 Gillian MacKay is Professor of Music of the University of Toronto, where she conducts the Wind Ensemble and teaches conducting. She has conducted honour ensembles throughout Canada and internationally, and serves as Associate Conductor of the Denis Wick Canadian Wind Orchestra. Dr. MacKay has adjudicated and guest conducted in Canada, the USA, Asia and in the UK.

Dr. MacKay is known for her research on the relationship between conducting and mime, and is currently investigating the application of the Michael Chekhov acting technique to expressivity in conducting gesture. Gillian leads the University of Toronto Wind Conducting Symposium each July, and has been the guest instructor at other symposia in Canada and abroad.

Dr. Darrin Oehlerking is Director of Bands and Associate Professor of Music at the University of Saskatchewan in Saskatoon, where he conducts the Wind Orchestra, and teaches courses in Conducting, Wind Literature and Music Education. He previously served as Director of Bands and Jazz at Bemidji State University in Bemidji, Minnesota, and as Music Coordinator for the Louis Riel School Division in Winnipeg, Manitoba. His post-secondary experience also includes assignments at the University of Manitoba and Iowa Wesleyan College.

Originally from Winnipeg, Manitoba, Dr. Oehlerking earned his Doctor of Musical Arts in Wind Conducting at The University of Iowa, where he studied with Dr. Myron Welch. He earned his Masters in Music Performance with an emphasis in Conducting at the University of Manitoba. His undergraduate work was also at Manitoba, where he earned separate Bachelors degrees in Music and Education.

Prior to his appointment at Saskatchewan, Dr. Oehlerking taught a wide variety of students and musicians at the primary, secondary and post-secondary levels. His ensembles have enjoyed success at the local, national and international levels, garnering outstanding performance awards and showcase invitations from a variety of organizations. In July 2015, the University of Saskatchewan Wind Orchestra performed at the bi-annual conference of the World Association of Symphonic Bands and Ensembles in San Jose, California. In 2017, the ensemble released their latest compact disc, Skyscapes: The Music of Peter Meechan.

More recently, Dr. Oehlerking participated in the 2019 TEDx event ‘Building Bridges’ held on the University of Saskatchewan campus, where he spoke about “Building Community Through Music.” He has also published his research in forums such as Alta Musica, the WASBE Journal and the Canadian Winds. In 2019, Eighth Note Music published his arrangement of the Royal Canadian Mounted Police Regimental March for band.

Dr. Oehlerking is Past President of the Canadian Band Association, a Past President of the Saskatchewan Band Association, and is also a Yamaha Artist/Educator. Dr. Oehlerking is in demand as a guest conductor, adjudicator, conference presenter and clinician. He has conducted and presented across Canada, as well as in the United States, the United Kingdom, Germany, Switzerland and the Netherlands.

Dan Tremblay is an active freelance musician, clinician and private trumpet teacher in Quebec, the Maritime Provinces, the State of New York, and Ontario. Dan divides his time between the Dan School of Drama and Music at Queen’s University and the Crane School of Music, State University of New York in Potsdam, where he provides trumpet instruction and coaches chamber ensembles. Dan is Principal/Solo trumpet with L’Orchestre Symphonique de l’Estuaire (Rimouski QC) and BrassWerks, and plays regularly with the Kingston Symphony Orchestra.Dan was second trumpet with the Ottawa Symphony Orchestra and principal trumpet with l’Orchestre du Nouveau Monde for over 10 years. He played on a regular basis with l’Orchestre Métropolitain du Grand Montréal and others. He has been Principal Trumpet with Orchestre de la Francophonie Canadienne, National Academy Orchestra in Hamilton, and with McGill Symphony Orchestra. Dan was also a member of Alliage Brass Trio with Les Jeunesses Musicales du Canada, which received the Ménard-Pomerleau Award in 2006.

Since 2001, Mr. Tremblay is a faculty member of the Queen’s University Dan School of Drama and Music where he teaches trumpet and education classes such as Introduction to Choral and Instrumental Conducting, Advanced Instrumental Conducting, Brass Techniques and Methods, Wind Pedagogy, and is head of the brass and percussion studio.Dan is an avid conductor and clinician and currently leads the Queen’s University Wind Ensemble and Symphony Orchestra, Brass Choir and Trumpet Ensemble. He is also the Music and Artistic Director of the Quinte Symphony in Belleville ON, a post he has held since 2015. Dan holds a Master of Music degree in Performance from McGill University and a Bachelor of Music in Performance from Université de Montréal. He studied trumpet with Russell DeVuyst, Jean-Luc Gagnon and Guy Archambault and studied conducting with Kenneth Kiesler (UofMichigan), Alain Cazes (McGill), Gillian Mackay and Jeffrey Reynolds (UofT), Jean-Philippe Tremblay, and Gilles Auger (Conservatoire de Québec) among others. In August 2019, Dan was the Managing Director and Host of the inaugural World Trumpet Society Seminar held at Queen’s University.

Canadian trumpet player/composer Dean McNeill has been a Professor of Brass & Jazz at the University of Saskatchewan for the past 23 years over which time he has performed and adjudicating throughout Canada, been the guest artist on the National Youth Band of Canada Saskatchewan tour and soloist on the Western Canadian Music Awards award-winning CD O Music.

Dean is incredibly proud of his past students who have gone on to occupy positions in professional symphony orchestras, jazz & commercial bands, and, those who have established themselves as professional music educators.

Dean is currently the Artistic Director of the Saskatoon Jazz Orchestra and he is a Yamaha and Wedge (mouthpiece) artist.

Jon Gordon is a world-renowned artist and one of the most successful, accomplished and in-demand alto and soprano saxophonists of his generation. Jazz Improv magazine journalist Brandon Bernstein said, “Jon Gordon is a master. His compositions, improvisation, tone, and technical virtuosity set him apart as an elite musician of our time.”

The Royal Albert Hall, Oslo Koncerthus, The Village Vanguard, The Blue Note, Ronnie Scott's, Smalls, The Jazz Standard, The Sunset/Sunside, Vienna Birdland and La Villa. Jon has also led his own groups at the Savannah Jazz Festival, Savannah Onstage, The Wolftrap Festival and The Playboy Jazz Festival. International festivals include; The Brecon Festival (Wales), The Oslo Jazz Festival, The Ottawa Jazz Festival, as well as numerous Jazz cruises and performances as a sideman at all of the major jazz festivals.